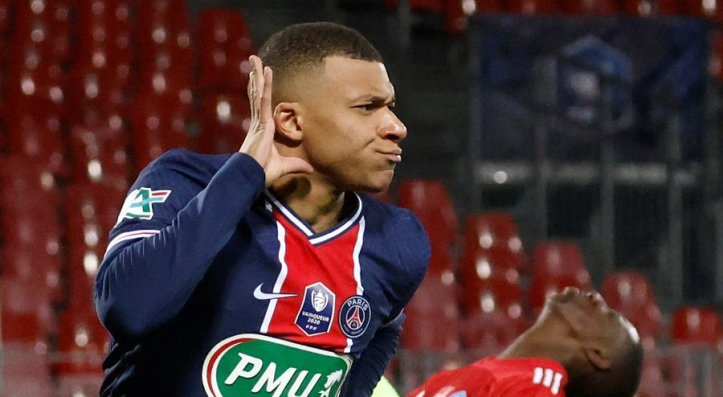 Paris Saint-Germain took a huge step towards qualifying for the semi-finals of this season’s Champions League with a 3-2 victory over Bayern Munich on Wednesday.

In the first leg of their quarter-final tie, PSG showed their credentials on a snowy pitch in Munich to take a significant advantage back to Paris and high hopes of knocking out the reignings European champions.

Even though a 3-2 scoreline may suggest that PSG were the dominant side on Wednesday night, in truth it was a match that could have seen the home side score three or four extra goals and turn the tie around in Munich.

The real difference maker for Mauricio Pochettino’s side was the man between the posts, as Keylor Navas stepped up time and time again to keep Bayern’s desperate attempts at bay.

Over the course of the match Bayern hit no less than 12 shots on target towards Navas’ goal and even though they managed to get two headers into the back of the net they were ultimately left frustrated due to the heroics in goal from the Costa Rica international.

With Robert Lewandowski out injured, Bayern knew they would have to be at their very best to compensate for their talisman. However, few would have predicted that the club’s other world-class talent between the posts would be the one to let them down on the night.

PSG’s opening goal just three minutes into the game was unquestionably a moment of madness from the Bayern defence but nothing was more disappointing than Manuel Neuer’s attempt to save Kylian Mbappe’s close-range shot.

Although the French star fired the ball with force, he also hit his attempt directly at Neuer and should have been a simple save for the shot-stopper. However, in a moment of madness, Neuer made a mistake and watched the goal slip between his legs. And after that it was an uphill struggle for his team.

Cometh the hour, cometh the man. Football is running out of superlatives to describe the remarkable talent that Mbappe seems to hold in reserves for special games and Wednesday’s clash was just another example of just how deadly the striker can be.

Although Bayern dominated possession and held the lion’s share of chances, PSG were able to pick up an important win thanks to the clinical finishing of Mbappe in their rare ventures into the Bayern half.

Sure, the young striker may have been lucky with his first goal but his second (and PSG’s third) midway through the second half showed all the skill and precision that has made Mbappe such a remarkable goalscorer.