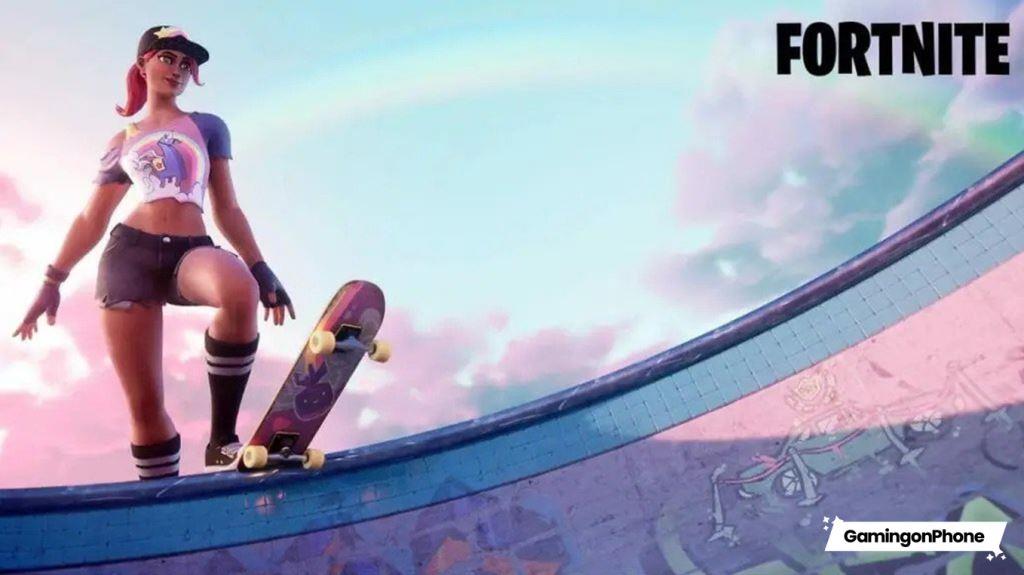 The new Chapter 3 Season3 in Fortnite has started with a blast. After the collision event, we saw a lot of new quests and elements which were added to the game. This season had a lot of changes with the addition of new POIs, the Reality Tree being the favorite amongst all. The new season added a lot of new vehicles to the game, Epic Games went as far as adding rideable animals. Now, new Fortnite leaks suggest that Skateboards might be coming in Chapter 3 Season 3.

Leakers have hinted at the possible addition of Motorcycles as well as Skateboards, which sounds super interesting. According to the leaks, the Motorcycle would be designed according to the vibin theme and to add up the fun developers are completely invested in developing a hoverboard.

Skateboards might be the latest in-game addition to Fortnite

According to the leaks, the skateboard would work on similar mechanics as sliding mechanics which are already present in the game. This means the skate would be slower when traveling uphill and faster when going downhill. The latest Save the World Pack is called Skate Park Royalty pack and with the entire theme of the game revolving around summer so adding roller skates or skateboards might just be a perfect time.

From the above tweet we can’t really make out if this is going to be a roller skate or a skateboard, well the chance of it being the prior guess is more but we can’t really know unless epic games officially confirm. The video displays the mechanics of the device which looks just like the sliding mechanics.

It shows how the player is sliding without crouching and the speed decrease when he moves uphill. The player is seen kicking the board to move it faster and it even enables players to jump from a good height without much damage to themselves. Skateboards are not a new thing for the loopers with them originally arriving in Season 1, it is yet to see when and how they arrive in the current season.

What are your thoughts about the leaks of Skateboards coming to Fortnite? Let us know in the comments below!

For more Mobile Gaming news and updates, join our WhatsApp group, Telegram Group, or Discord server. Also, follow us on Instagram and Twitter and Google News for quick updates.