As Black History Month in the USA draws to a close, it’s important to recall Ralph Metcalfe, the Olympic legend and life-long public servant who was pivotal in its formation as the landmark observance it has grown to become.

Nearly 41 years after racing to Olympic 100m silver at the 1936 Olympic Games, Ralph Metcalfe, as a US Congressman, introduced the resolution that would finally designate the month of February as Black History Month.

Metcalfe was born in Atlanta in 1910, and moved north to Chicago when he was seven during the early years of what became known as the Great Migration, the northward movement of six million African Americans who left the rural south to escape racial segregation and discrimination. Metcalfe excelled as a sprinter at Tilden Tech High School on the city’s south side, where his coach instilled in him a work ethic that encapsulated well the black experience.

“I was told by my coach that as a black person I’d have to put daylight between me and my nearest competitor,” Metcalfe recalled in an interview with the Chicago Tribune. “So I forced myself to train harder so I could put that daylight behind me.”

That earned him a scholarship to Marquette University in Milwaukee in 1930 when he became the school’s first black student-athlete. Two years later, he was a member of the US Olympic team bound for the games in Los Angeles. To help pay his way to Los Angeles – this was during the height of the Great Depression – Metcalfe reportedly got a job working on a railroad dining car, which took care of his transportation and meals and put a few dollars in his pocket while en route to southern California.

Once there, he was narrowly defeated to gold by Eddie Tolan in one of the closest races in Olympic history. To the naked eye, it was a dead heat, with the edge – and a ratified world record – going to Tolan. Both were credited with a time of 10.3. Two days later he took bronze in the 200m in 21.5, in another race won by Tolan.

Despite finishing on the losing end of that photo finish in Los Angeles, the race marked the beginning of a period during which Metcalfe was widely accepted as the world’s fastest man. He equalled the world record in Budapest the following year, and again at competitions in the Japanese cities of Nishinomiya and Dairen (present-day Dalian, China) in 1934. He won three successive national 100m titles from 1932 and finished second in 1935 and 1936.

That earned him a return engagement to the Olympic Games in 1936, this time staged in Berlin, where he found himself at a historic convergence of politics, race and sport – this time as a teammate of Jesse Owens, and as the track team’s elder statesman. The wisdom he imparted on the squad during a meeting with the team’s black athletes, Owens said, “Led to our success. He calmed our fears. He was the guy who did it for us.” (1) 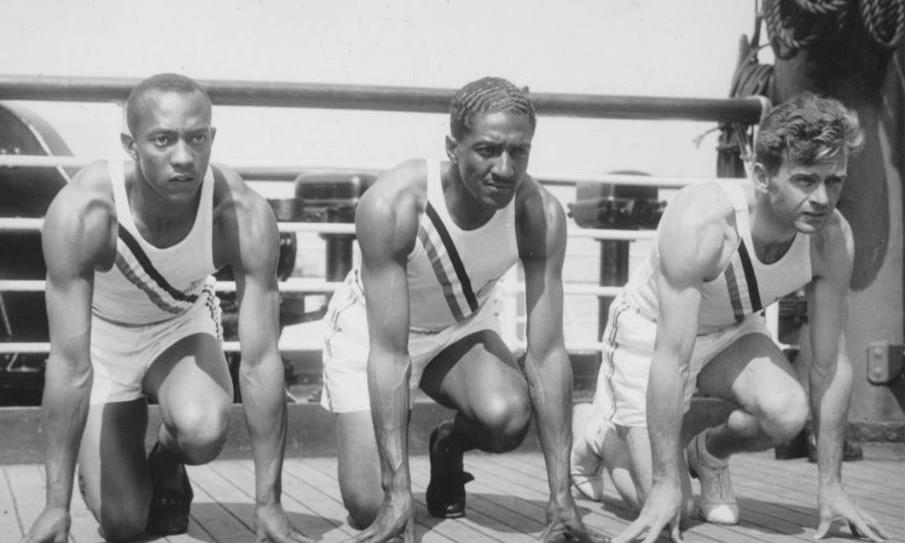 Metcalfe finished runner-up in the 100m to Owens, casting the second blow in the one-two punch that sucked the air from Hitler’s desire to use the games to illustrate his racist ideology of Aryan superiority. Metcalfe capped his Olympic career running the second leg on the victorious 4x100m relay squad that clocked a 39.8 world record which would stand for the next 20 years. While long-time rivals – Metcalfe beat Owens on several occasions in the early 1930s – he and Owens also became life-long friends, with the legend crediting Metcalfe with the victory in the relay.

“It was (Metcalfe) who created a seven-yard gap between the US team and the competing teams in the 400 metre relay, and not one could ever catch up with us,” Owens told the Tribune. (2)

His track career behind him, Metcalfe resumed his studies. He earned a master’s degree at UCLA in 1939 and later taught political science and worked as a track coach at Xavier University, a historically back institution in New Orleans, and served in the US Army during World War II, eventually rising in rank to first lieutenant and earning the Legion of Merit for his physical education training programme.

After the war he returned to Chicago where he began a career in public service that would last the rest of his life. First came a three-year position as director of Chicago’s newly created Department of Civil Rights from 1946 to 1949. Then, a job as head of Illinois State Athletic Commission followed. Later, his fierce competitiveness on the track would serve him well in the rough and tumble political trenches of Chicago Democratic Party politics.

In 1955 he was elected to his first of four terms as a Chicago alderman – the local term for a member of city council – serving the city’s south side. In 1970 he was elected to the US House of Representatives, and eventually served four terms in Congress during which he became known as a fierce advocate for minorities and women, fighting for access to adequate health care and championing civil rights. Metcalfe was a founding member of the Congressional Black Caucus, created in 1971, as black representation began to rise in the wake of the Civil Rights Movement and was a strong early vocal voice against South Africa’s racist Apartheid system. 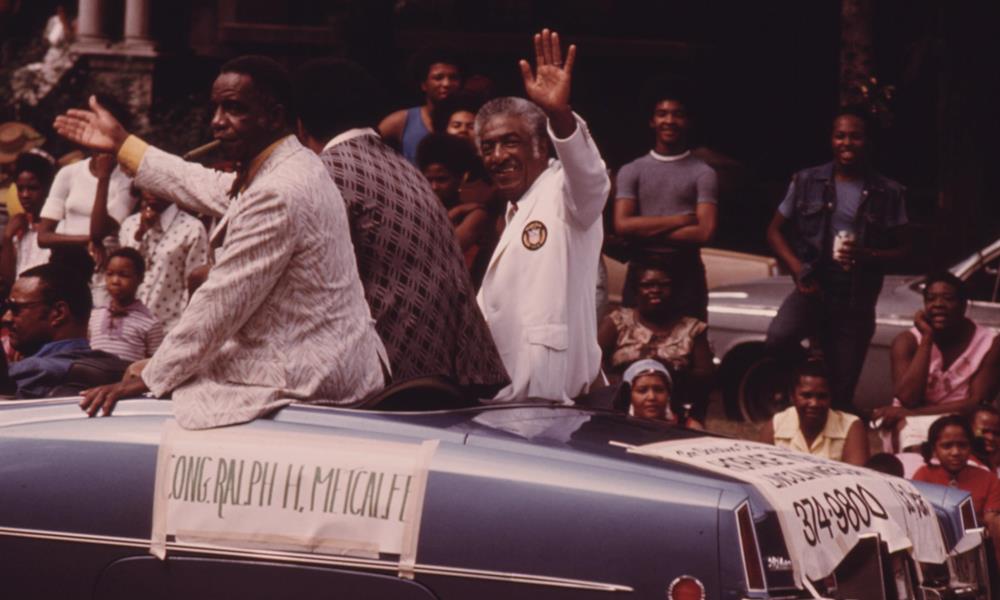 But he also famously broke with Chicago Mayor Richard Daley, for years the head of the vaunted Chicago Democratic party machine, to denounce the abuses and racist tactics of the city’s police department. The break cost him the support from many elements of the party faithful to Daley, but Metcalfe didn’t back down.

“I used to be called the world’s fastest human,” he said. “I have never run from a fight.”

Ultimately, he not only kept his Congressional seat, but still wielded considerable power, support and popularity and was a strong favourite for re-election to a fifth term when he died of a heart attack in 1978 at 68. Just over one year earlier, on 1 February 1977, Metcalfe proposed the resolution that set the stage for the observance of Black History Month to finally become the law of the land.

President Gerald Ford first observed Black History Month in 1976, an idea first proposed by historian Carter G. Woodson in 1926 as a weeklong observance. But it wasn’t until 1986 that Congress finally enacted the law that officially declared the observance, thanks in no small part to Metcalfe’s persistence.

Now, a park in Milwaukee bears Metcalfe’s name. In Chicago, a federal office building. And in the Congressional Record, the resolution calling for the designation of February as Black History Month.