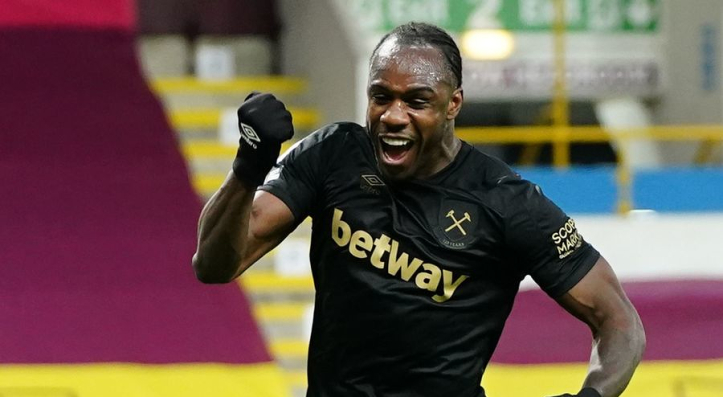 West Ham continues to fight for a Champions League spot next season thanks to a 2-1 victory away to Burnley.

David Moyes’ side seemed to be in trouble early in the game as Chris Wood scored from the penalty spot, but within 10 minutes Michail Antonio had struck twice to turn the game on its head and keep the Hammers firmly in the hunt for a top-four finish.

With four matches left to play, West Ham are fifth, three points shy of Chelsea but with a significantly inferior goal difference that means they will very likely need to outperform Thomas Tuchel’s men by four points before the end of the season.

With Manchester United and Leicester virtually assured of a top-four finish, it appears to be a shootout between Chelsea, the Hammers, and Liverpool for the final spot. Jurgen Klopp’s men may be seven points off the pace of the Blues, but their game in hand against Manchester United means that deficit could be almost halved.

The pressure had been taken off the Clarets before the game as West Brom had been held to a 1-1 draw at home by Wolves.

In the Black Country derby, Fabio Silva scored a fortunate opener for the visitors on the stroke of half-time but Mbaye Diagne squared the game in the second half.

The draw means that the Baggies will need to win all four of their remaining games to stand a chance of survival while hoping that Burnley or Newcastle do not pick up more than a single point.

View our detailed player statistics for the Premier League at the link below.