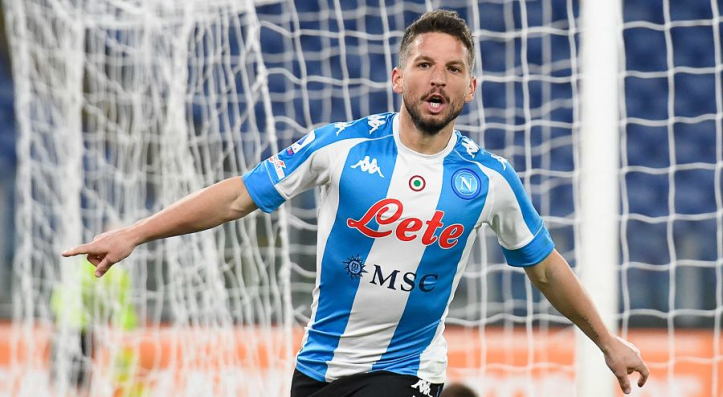 Dries Mertens scored his 99th and 100th Serie A goals over the weekend as Napoli defeated Roma 2-0.

Mertens (8.1) had been on a run of just one goal scored in 12 matches, but got on the scoresheet midway through the half with a cracking free kick sent into the right corner from 20 yards.

A few minutes later, he would claim his second with a header into an empty net following the assist from Matteo Politano.

Leading the line in the Serie A Team of the Week is Gianluca Scamacca (8.5), who scored two goals in a potentially vital 2-1 away win for Genoa at Parma, with the club now nine points clear of the relegation zone.

Junior Messias (8.3) scored for Crotone but the most impressive aspect of his game was his hard work, as he won 13/16 duels which was the second-highest tally of any player in Italy this weekend.

In behind that attacking trio is Ruslan Malinovskyi (7.9) who scored one and assisted another for Atalanta, who bounced back from their Champions League elimination against Real Madrid by beating Verona 2-0.

Brahim Diaz (7.7) assisted one of Milan‘s goals in the 3-2 away win at Fiorentina, and misplaced just four passes during his time on the pitch.

Jerdy Schouten (7.7) makes up the midfield four after his goal for Bologna.

The best performance of a defender this week in Serie A came from Simon Kjaer (8.5) who made an impact at both ends of the pitch. He won 4/7 duels and completed 47/53 passes, but actually also assisted two of the goals against Fiorentina, too.

He is flanked by Stefan Radu (7.7) and Berat Gjimshiti (7.7) of Lazio and Atalanta respectively.

The best performance of the weekend in Italy actually came from a goalkeeper, though, as Benevento’s Lorenzo Montipo (9.0) made no less than eight saves to keep Juventus at bay to earn his side a massive 1-0 away win in Turin.