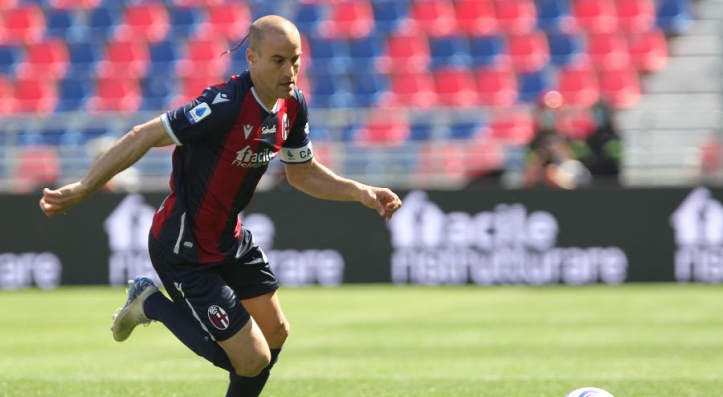 Bologna‘s 39-year-old striker Rodrigo Palacio rolled back the years with a classic performance against Fiorentina.

His side may have drawn the game 3-3 but Palacio (10) was not to blame. He netted the three goals from three shots, put in eight crosses and had eight touches in the opposition’s box.

His teammate Emanuel Vignato (9.5) joins him in the team after supplying all three assists for Palacio.

Completing the front three is Joaquin Correa (8.8), who scored twice as Lazio‘s hopes of a top four finish were boosted with a big 4-3 win over Genoa.

In midfield, Milan‘s Frank Kessie (8.1) put in a typically stellar performance in their vital 2-0 win over Benevento. He didn’t get on the scoresheet or register an assist, but it was assured performance that keeps Milan in the top four as he misplaced just four out of 67 attempted passes.

Partnering him in midfield is Morten Thorsby (8.0) and Nicolo Barella (7.9), who both helped their respective teams to victories. Only three players won more than Thorsby’s 10 duels this weekend.

Giovanni Di Lorenzo (7.8) is at right-back after he completed six dribbles in their draw with Cagliari. That tally is the second highest from the gameweek. He also had 103 touches, the fourth most in the division.

In between the sticks it’s Benevento‘s Lorenzo Montipo (8.1) after he made a matchweek high nine saves against Milan.