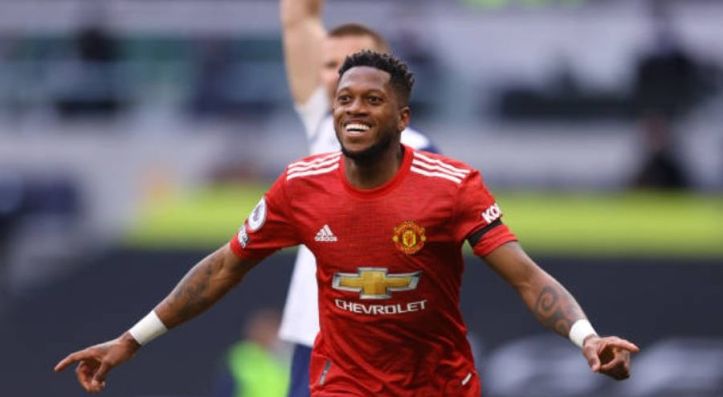 Manchester United came from behind to defeat Tottenham 3-1 in the Premier League thanks to the exploits of Fred, Edinson Cavani and Mason Greenwood.

The Brazilian midfielder bundled home to cancel out Son’s opener, then Cavani dived in to power home an excellent header and clinch the points. Greenwood smashed in to round off the win.

But which players stood out most?

Ignoring his total overreaction to the touch on his face from Scott McTominay in the build-up to Edinson Cavani’s disallowed goal, Son was the main threat throughout for Spurs.

His runs off the left make him a permanent available option on the counter attack, and he was rewarded, finishing off a fine move by converting Lucas Moura’s low cross to open the scoring.

Even when United dominated possession, he was the outball and it’s clear his importance to this team, particularly when Harry Kane looks to drop deeper and get involved in the play.

The England international has a good record against Manchester United but here he was well-marshalled by Harry Maguire throughout.

Beyond a shot at the near post that smashed off the legs of Dean Henderson, he offered less threat than that of Son or even Lucas Moura during a low key display.

Fred went about his business of breaking up attacks throughout the match and his performance was one of his best since joining the club.

He was able to shrug off a silly yellow card and remain the dominant force up against Hojbjerg and NDombele in the centre of the pitch.

And it was his goal that turned the tide, reacting quickest inside the area to smash his finish into the roof of the net after Cavani had forced a save from Hugo Lloris.

He was everywhere and made positive contributions at both ends of the pitch.